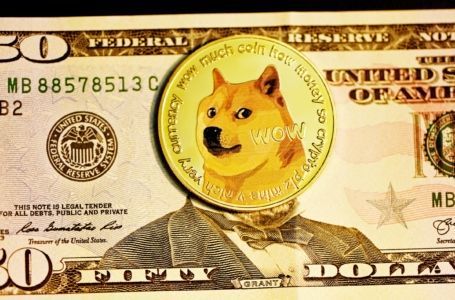 Speculative bubble or currency of the future? The most popular cryptocurrency in the world arouses extreme emotions of supporters and opponents. Bitcoin, however, is mistakenly identified with blockchain technology applicable m. in. in advertising and marketing.

Blockchain has been making waves in the world of new technology for the past few years, and many experts believe that blockchain-based solutions could significantly impact not only the world of technology, but also the functioning of financial institutions, states and politics.

The first application of a distributed database technology called blockchain was the introduction of the bicoin cryptocurrency in 2009. Its value is based on computing power, not on gold parity or state and international regulations. Today, the bitcoin exchange rate was pushed to over $4,000! Using an example taken from the Internet (redacted), the rapid rise in value of bitcoin can be described as follows:

Eight years ago, two pizzas cost 10,000 bitcoin, which was less than $20. If the owner of the pizzeria, who was paid with cryptocurrency at the time, had not spent the money by now, he would have more than $40 million in his account today.

Bitcoin raises huge emotions – for supporters it proves the fulfillment of hope for the development of the global financial system and the healing of the global economy, opponents warn against speculative bubble, financial pyramids and money laundering.

To be clear, in many countries cryptocurrencies are subject to various restrictions, including a ban on trading or use, but there are countries where bicoin is the official currency (e.g. Japan).

Blockchain technology itself has many benefits and applications.

Blockchain is an open, distributed, digital ledger that allows encrypted transactions between two parties to be recorded in a verifiable and permanent way. The process itself can be programmed to automatically start and record transactions.

One of the main properties of blockchain technology is that it is impossible to make any changes to historical records. Blockchain has no central server, is decentralized, is based on peer-to-peer (P2P) solutions typical for the Internet, so it is not very vulnerable to cyber attacks. The main disadvantages are relatively long transaction times and low performance. To put it in perspective, for a layman like me – blockchain is like a huge spreadsheet running on a distributed network.

Since bitcoin’s launch in 2009, hundreds of blockchains have been created, including Ethereum – which enables smart contracts, and what is now considered the fastest technology of the relatively new-to-market cryptocurrency DasCoin.

Records of agreements, contracts, and transactions governing various relationships between different entities (nations, organizations, communities, and individuals) have not kept pace with the digital transformation of the economy. In a digital world, the way we establish and exercise control in many areas must change. And here is the place for blockchain.

According to a July 2016 Gartner report, blockchain technology is almost at the peak of user interest and expectation and should become massively popular within 5-10 years.

What do banks think about it

How the official positions of the most important representatives of the largest banks on bitcoin differ can be seen in the video above. Unofficially, however, some banks are said to be involved in cryptocurrency trading. Besides, the world’s largest banks and financial institutions have set up a company called R3, which is developing its own blockchain platform. So we can say that banks are flirting with both bitcoin and blockchain.

Also, technology companies, publishers and media houses have started experimenting with platforms built on blockchain technology. While there is no certainty that blockchain will change the rules of the game in the marketing industry, some argue that it has the potential to bring much-needed transparency to advertising, eliminating artificial traffic and providing brands with brand safety, which m. In. I wrote in this article.

And here are practical examples of how blockchain technology can be used (all from 2017):

2. Advanced TV – Comcast and its blockchain technology for buying TV ads on both over-the-air and OTT. The project involves m. in. Disney, Britain’s Channel 4 and Italy’s TG1. As early as 2018, marketers are expected to receive data from content producers such as. Hulu, with the goal of using them to purchase ads more efficiently.

3. Eliminating artificial traffic – startup MetaX and Data & The Marketing Association (DMA) have launched adChain, an open-source Ethereum technology protocol that tags (tags) and monitors ads across the web to find out who is seeing them, who they are, and what actions they have taken.

4. MetaX, together with ConsenSys, has also introduced whitelisting of publishers and advertisers using blockchain and internet user votes.

5. Ad buying – later in 2017, the New York Interactive Advertising Exchange in partnership with Nasdaq is expected to launch a platform (marketplace) where future digital media advertising inventory can be bought and sold through the so-called “blockchain. smart contracts.

It’s time for an antidote

We do not know if bitcon and other cryptocurrencies will replace official currencies and if we will pay with them e.g. for advertising, but hopefully the impact of blockchain-based solutions on the world of advertising and marketing will be large enough to eliminate such ills as lack of transparency, artificial traffic or inappropriate content.