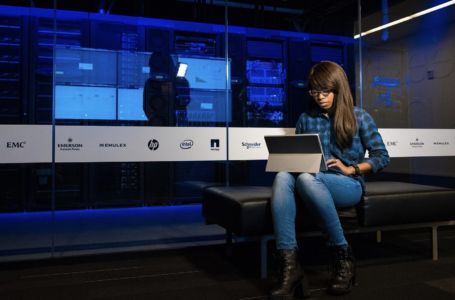 4 reasons that screwed up Millenials’ lives

This video shook the internet. It has been viewed by over 250 million people! Dissects the „Millenial question” and reveals 4 reasons that have made Millenials feel unhappy.

I wrote this column after watching the video. If you are pressed for time, read the text alone (4-5 minutes), if you have about 19 minutes free, go to the end of this text and watch the whole video.

Among all generations, they are the best educated, almost every second person has a university degree, knows foreign languages, is willing to use technology.

More and more sociologists, psychiatrists and psychologists refer to them as „the narcissist generation”. Focused on themselves and on developing their skills. Salary is a means to pursue an unusual hobby (e.g. long distance travel) or to provide comfort for yourself and your family. Generation Y works to live, places high value on work-life balance and values and guards free time. Millenials are not very loyal to their employers, on average they need new challenges and change their environment every 2 years.

In the program „Inside Quest”, consultant, book author and motivational speaker Simon Sinek controversially (harsh words were spoken) presented the results of his research on Millenials, which resonated online. Research undertaken in response to demand from client-managers seeking insights on how to deal with Gen Y at work.

Sinek describes 4 difficult problems faced by young people looking for their place in the world. Problems serious enough to make Millenials unhappy. However, the author stresses that it is not young people who are to blame for this, but mostly their parents and other adults.

And here are the areas mentioned and the problems mentioned:

According to the consultant, parents were using failed parenting strategies. Their children grew up with the feeling that each of them deserves a prize („every child wins a prize”), which was far from the reality they encountered at work. Certain qualities were attributed to children without justification, they were rewarded without any reason –just like that „for nothing”, which weakened the motivating character of these actions. They are also made to believe that they can have anything they want in life.

Sinek compares smartphone and social media addiction to problems with alcohol, tobacco or gambling, a similar point I already made in a column on Gen Z. The consultant rightly notes that there are age restrictions in stimulants, while the use of mobile devices is not subject to any restrictions. Long hours spent online result in the weakening of social bonds and the ability to establish deep interpersonal relations, and impoverish young people emotionally and intellectually. So in difficult situations, they reach for their smartphones rather than seeking advice from friends, and they rely so much on the device and network resources that it is not easy for them to distinguish data from knowledge, and if they lose access to the network, they feel helpless.

There is a phenomenon of instant gratification among young people, i.e. the requirement to satisfy their needs immediately. It deprived them of patience, an important quality that counts for the most precious values that you dream about and cannot have right away. And it is precisely such values as job satisfaction or friendship that require time or painstaking hard work.

Raised in the belief of exceptionality, unjustly praised and rewarded on the spot and for nothing, immersed in smartphones for hours on end, they prove to be unprepared for life outside the protective umbrella provided by their parents. Confronted with a corporate culture focused on rapid achievement of goals, not necessarily meeting the long-term expectations of employees, young people lack self-confidence and a sense of influence and, increasingly, a sense of purpose in life, leading to depression, illness and even suicide.

Narcissism is not so terrible

The entitlement and narcissistic attitude typical of Millenials is widely perceived as pejorative, but in today’s demanding environment it is gaining positive resonance.

Narcissistic attitude, expressed by m. in. high self-esteem, is a response to the requirements of modern culture, where individualism and focus on oneself is promoted. It is not a sign of a disorder, but rather of a good mental condition, the ability to adapt to the demands of time.

It is worth knowing and understanding what makes Millenials who they are and using this knowledge in dealing with them, not only on professional grounds, but also in private contacts.